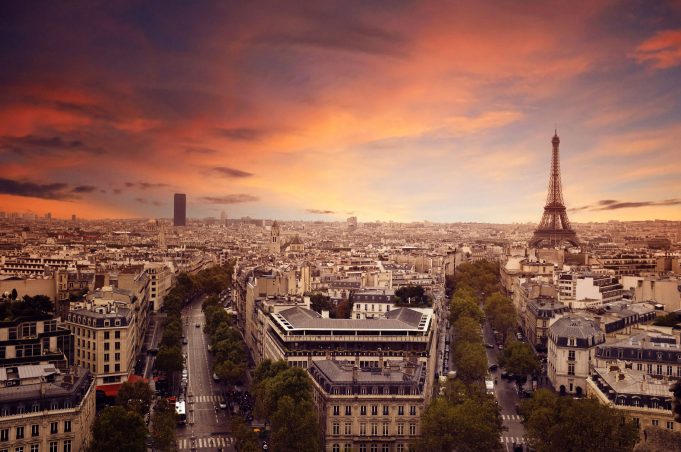 If you want to know more about the history of France then a visit to some of the its beautiful cities will open your eyes to the rich culture, history and tradition that has existed here for centuries.

Let’s start with one of the most historic places in France – the capital city of Paris. It has stood witness to rise and fall of several kings and empires, the fall of monarchy and rise of the common people as makers of their own destiny. There are many historic spots in Paris that you must visit to understand history of France. Let’s take a look at two of the most important places in Paris.

Place De La Bastille – At the beautiful square where the July column stands today stood the most hated Bastille Prison – the storming of which triggered the beginning of bloody French revolution, the fall of monarchy and rise of Napolean Bonaparte. No vestiges of the prison remain today. It was completely destroyed during the revolution and so were many other hated symbols of French Monarchy

Palace Of Versailles – To get an idea about how the French Kings lived and why they were much despised by the common people a visit to the grand Palace of the French Kings at Versailles is necessary. The opulence and scale of the palace is mind-boggling. The huge palace surrounded by its extensive gardens shows the decadence into which the nobility had fallen by sucking the life-blood of the peasants and common folk. The palace somehow escaped the wrath of the commoners and is today a famous spot for tourists. This place was also witness to the historic Treaty of Versailles that was signed at the end of World War I between the Allied Powers and Germany.

Apart from this Paris is littered with many historic sites like the Arc De Triomphe which marks the triumphant return of Napoleon, the Louvre museum, the many historic churches like Notre Dame, Saint Chappelle and Sacre Coeur, the Eiffel Tower, Les Invalides and more or just walk down the Siene River to absorb the spirit of the city.

It is one oldest among the major cities of France that was taken over by Caesar in the year 49 BC. It started declining with the fall of the Roman Empire until 11 century. Around this time the city again began to rise in importance again. It gained independence in the 13th century and became part of France in 1481. Historically this city was an important center of trade and served as a major post for the French Empire. It is the second largest city of France and the largest on the Mediterranean coast. It is a also the largest commercial port in France. It has enjoyed a long and chequered history with humans having inhabited the place for over 30,000 years. There are many historic places like the ancient port adjacent to the modern one and museums in Marseille that will give you an idea about its history.

One of the largest cities of France, Lyon has a rich history. It has long served as residence for Roman emperors and was part of the Holy Roman empire. It became a part of France in 14th century and transformed into thriving metropolis in the 16th century. It declined in importance during the holy wars and saw many scenes of revolt in the 19th century. It is about 470 km from Paris and is less than 200 miles from Geneva. Many architectural landmarks dot the city scape. It is a recognized UNESCO World Heritage Site and is known for silk production and weaving for centuries. In modern times it has gained fame as capital of French gastronomy.