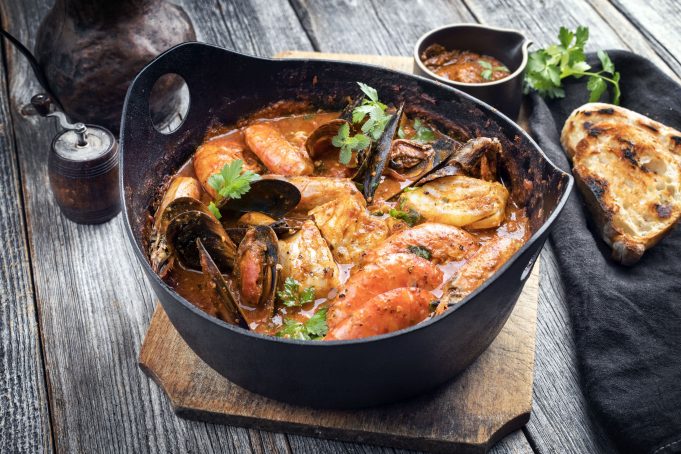 There’s definitely a reason why Barcelona is known as the capital of the Mediterranean diet. Though there are hundreds of cuisines to sample in this beautiful city, here are the top five that everyone visiting Barcelona, whether for pleasure or business, should try:

Being one of the oldest Catalan stews, it is the most common in the city. Despite it being made from vegetables and meats, both of which are cooked together, it’s quite complex to make, hence very tasty. The vegetables used include potatoes, chickpeas, turnip, carrots, onions, leek, parsnip and green cabbage. The meats used include pieces of Catalan sausage, meatballs, veal, chicken, blood sausage, pork cheeks or ears and salted bacon. While the liquid is used as pasta soup, the solid is served as the main dish.

These take the form of choux pastries that are long and skinny. They are prepared by frying until they turn golden brown. After this, they are dunked in sugar. You’ll find them being sold alongside a cup of hot chocolate so that you can dip them in. Churros are in fact so common in Barcelona that you’ll find them being sold in churrerías – shops that sell Churros, cafes as well as in snack kiosks.

Calçotada is a special food that consists of romesco sauce and spring onions. The spring onions are cooked over an open fire and to eat them, you’d have to first strip off their outer cover and then, dunk them into romesco sauce. What you’ll love most about these is that they are cooked as you watch, and eating them is perceived as a fun social event.

A bocadillo consists of two slices of crusty baguette with cheese, ham or potato omelette in the middle. It can then be topped with guacamole, feta cheese or lentils. Bocadillos can also be seasoned with different sauces such as ketchup, tomato sauce, mustard, aioli or mayonnaise. They are best enjoyed with coffee, red wine or cold beer.

The tortell is a brioche pastry that’s O-shaped and one that has been stuffed with marzipan. Since there are different types of tortell, you will also come across ones that have been stuffed with custard, lardons and/or cream. At other times, it may be topped with glazed fruit.