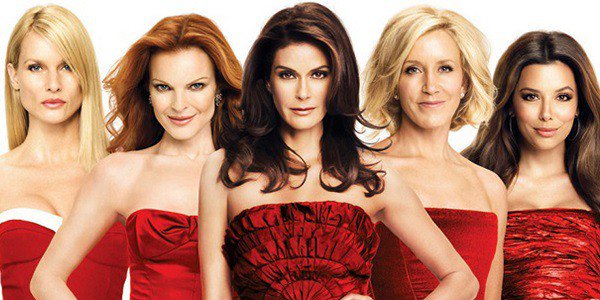 Desperate Housewives premiered on ABC on 3rd of October, 2004. Since then it has gained popularity it has attracted fans from around the world and went on to win awards including Screen Actors Guild awards as well as various Emmys.

Here are some of the things you never knew about the series:

Delany and Denton made it clear that their real life chemistry and respect for each other made shooting their brief romance an enjoyable experience. The two had so much fun during the filming that ABC decided it was too much to go on air. The scene was supposed to be shot in black and white in the security camera to make it grainy. Unfortunately, those effects were not used and the scene was not made blurry enough to go on air.

2Denton actually made Hatcher blush after the famous bush scene

When the accident-prone Hatcher fell into the bushes only to be rescued by her admirer, Denton, most people got hooked to the show. Later, Denton confessed that the scene held a special place in his heart. Denton says that the two walked across the street and had their first date. He acknowledges that Hatcher actually blushed in the scene.

This assumption was put together by Delany. The actress claims that she dreamed up Katherine’s happily ever after. According to her, Katherine and Bree seemed to have a lot going on between them; as a result she felt that the two should go together.

4James Denton and Mike Delfino is the same person

Denton comes through as a simple guy who knows his way around. When he plays Mike Delfino, he comes out as a real blue-collar guy with a pick-up truck and a dog. Delfino is a handy man and no one may ever know if he was a plumber or not, however in real life Denton loves working on things around the house. Apart from cop killing and pain killer addiction, the two characters are quite similar

5James Denton was happy to die

According to Denton, he was approached by Marc in a gentleman’s way when the script writers decided that it was important for a character to be killed off before the audience expected it. Denton says that he thought this was a good way to exit the show, not necessary with a bang but with a good send off unlike Carlos and Tom who just faded off.