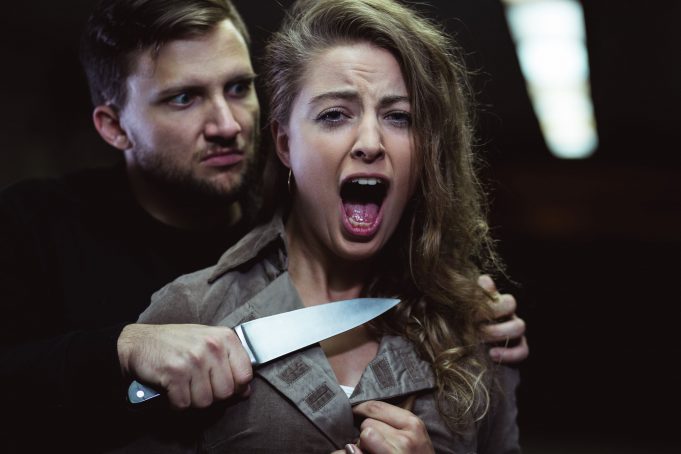 Access to weapons is a highly regulated provision the world over, for the fear that people would kill others often, mostly when they get uncontrollably sad. However, persons have in the past explored numerous other forms of weapons’ other than the traditionally known ones in bid to execute murders. This article explores top 10 most bizarre murder weapons in the history. Read on to discover what queer weapons have been used before to kill.

However, you should note that this article was not written to inspire you to kill.

Of course you would little or not at all imagine anyone could use sweatpants to kill another. Yet it happened. In April 2006, Jimmy Hackley, an old man in the United States strangled Patricia Ann McCollum, 30 years old then, to death. For this was considered a first-degree murder, the old man was severely punished.

March 2014 is when Michael Marshall, 42 years old, murdered the young Darmarcus Jones using a shovel in Mississippi. It is known as the first serious incident where a shovel was used to murder someone. For this crime, Marshall was sentenced in prison.

Murdering someone using a floor lamp sounds weird. But it happened when Bryant Willerson of Georgia killed William McClain using this weapon tool’ after the two traded in a heated altercation. McClain died at the spot for the many fatal injuries he couldn’t sustain. It was in June 2012 when this bizarre murder weapon was used.

Conventionally a guitar should entertain, not kill. But in October 2011, Danny Kirk from Texas lost his life after he was severely beaten by a thirty-something Derrick Birdow. Unusually, Derrick used an electric guitar to deny innocent Danny the chance to live longer. It becomes a bizarre incident when the instrument that should make a person happy turn to be the weapon to clain his life.

Jump rope should be used for exercises to keep body healthy and fit. Using it to kill makes it a bizarre murder weapon, no doubt. Anyway, it was used to kill in 2007—after the little Monique Fulgham was raped, the perpetrator(s) of this heinous act went further to hang the girl from an apartment’s door, where she used her (Monique’s) jump rope.

When Daniel Kovarbasich was a teen, he got his first job as the walker of a 55-year-old Duane Hurley’s dog. It wasn’t long thereafter before their relationship became intimate and eventually sexual. However, in January 2010, Daniel took a pickle jar and incessantly bashed Duane’s head for allegedly being tired of the physical harm Duane inflicted on him, causing her death.

Shoes are also other bizarre murder weapons used in history. In one known case, Judith Maxwell, a Virginia school teacher killed her father using one of her high-heel shoes. That was in July 1935, and the bizarre murderer was sentenced to prison for the serious crime.

A writing material should not be used to cause loss of life. It should not be part of its usage to kill. However, in a weird and shocking incident, a junior boy known as Jason Webster murdered Rebecca Love, his love and girlfriend, in 2007 when he stabbed her using one of his school pens. Her body was found severely injured that the death was inevitable.

If you saw this in movies and thought it cannot be a real life happening, it has happened before. The chainsaw is among the strangest murder weapons ever used on humanity. For instance, in April 2010 in Texas, a husband, Jose Corona, killed his wife by cutting her body into pieces using two chainsaws. He was sentenced to prison for the bizarre murder

It is so sickening a super hot microwave can be used to kill a human being. While drunk, China Arnold, a mother in Ohio’s Montgomery County, placed her one-month-young infant into a microwave, pressed the power button, and let it cook to death, after having an argument over the paternity of the kid. For the crime, Ms Arnold got herself serving a life imprisonment.

Although these incidents can sound a little false for you, humans have in their history grown that weird to perpetuate such strange, unbelievable killings, as explained above in these top 10 most bizarre murder weapons in the history.