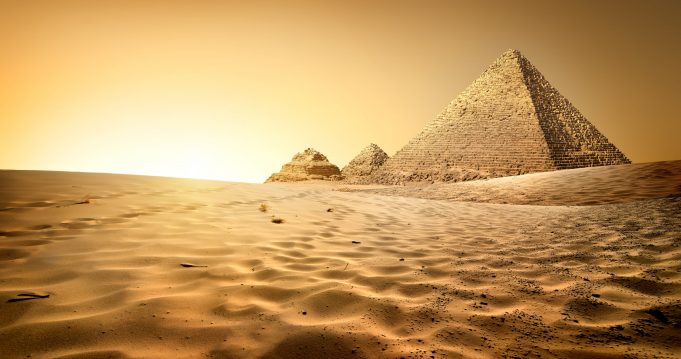 Without any shred of doubt, pyramids are an architectural phenomenon. During the ancient times, these enormous structures did serve both religious and ceremonial functions. Even though the construction, maintenance and subsequent use of pyramids have been shrouded in mystery since time immemorial, there are some interesting facts worth taking note of.

Here are the top 10 mind-blowing facts about the Pyramids you didn’t know about. They include;

1Pyramids are not only found in Egypt

Contrary to popular belief, Egypt is not the only country with pyramids. This wrong notion has been perpetuated by the frequent referrals made to the Pyramid of Giza. It is worth noting though that there are hundreds of pyramids scattered around the globe in places such as Asia, South America and other African countries

2There are over 130 pyramids in Egypt alone

3China has the most pyramids in the world

This does surprise very many people who assume that Egypt has the most pyramids. Even though Egypt has the most popular pyramids, it cannot match the thousands of pyramids scattered all over China such as the Mausoleum of First Quin Emperor amongst a long list.

4Khafre, Khufu and Menkaure are the most popular Pyramids

5It is impossible to replicate the precision of the Great Pyramid

This particular pyramid was constructed with such precision that even the most sophisticated and advanced technology currently in the market cannot replicate the same precision using the same building materials.

6Humans were sacrificed on top of some pyramids

In ancient times, the Mayans and Aztecs were known to routinely sacrifice people, both strangers and prisoners at the top of the pyramid. This is in fact one of the reasons why all the Mayan and Aztec pyramids had a stair stepped architecture. The largest human sacrifice took place at the Great Pyramid of Tenochtitlan where slightly over 80,000 people were sacrificed during its re-consecration.

Tourists who have been fortunate enough to tour both of these pyramids have all commented about the unusual urine scent which permeates the pyramids. This scent has baffled both archeologists and researchers alike and because the airflow within the pyramids is quite limited, getting rid of the smell is almost impossible. There are several theories as to where the smell originated from; some believe it came from prisoners who were kept there, the builders or vandals. The jury is still out there.

8To date, there are people who believe that pyramids hold some mystical power

There are people who believe that the pyramids in South and Central America still do hold some mystical powers. Many people who believe in deities do believe that the more people follow a certain deity, the weaker the deity gets over time. It thus follows that a deity which has not been followed for some time does have more power to grant. They thus follow the hidden deities in Pyramids so as to get their powers.

Even though the exact number of stone blocks is not known, it is estimated that it has 2.3 million blocks. With each block weighing anything between two and thirty tons, it is still a marvel as to how these blocks were lifted or raised and how they were delicately balanced to last that long.

Archeologists have since concluded that the shape of pyramids was mainly driven by the type of tools available during those ancient times. With only chisels, mallets, hammers and trowels, the constructors were limited in the design options. They chiseled, smoothed and stacked blocks together and came up with stable structures which could be seen from afar and used as a tomb for the pharaoh.