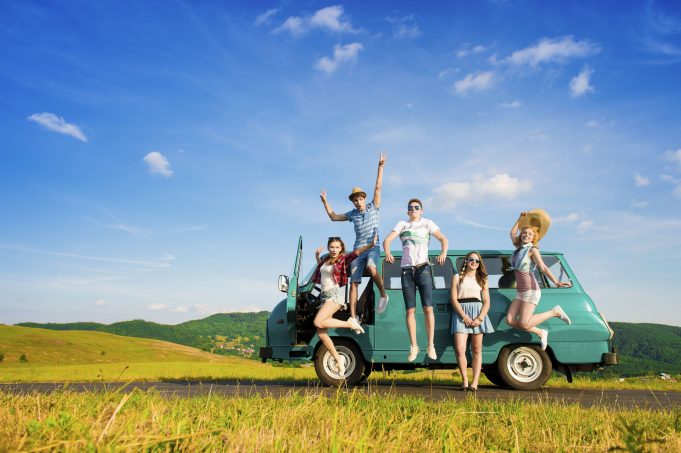 Travelling across the world can be a fulfilling and amazing experience especially if you know how to choose your destinations. For tourists and travelers who have graced some of the most spectacular cities on earth the feeling is definitely second to none and even for you, it is important to make some effort to at least visit five cities in your lifetime.

In case you are thinking of making some plans, These Are the 5 Cities You Have to Visit before You Die.

Venice – well, Venice is one of the most beautiful and romantic cities on earth that offers a breathtaking and unique ambience which is remarkably complimented by the artistic architecture that predominantly make up most of the streets. The city is located in North East Italy and features a series of 117 small islands. The canals across the city give it a magical scenery and for quite some time now, Venice has remained one of the most beautiful destinations in the world.

Paris – the French Capital which has also been critically acclaimed as the most romantic city in the world is one of the most visited destinations in the planet and quite rightly so, Paris offers an array of breathtaking attractions including monuments, shopping streets and outstanding hospitality. The Eiffel tower is one of the most predominant interests in the city while the grand boulevards have done so well to bring out the elegance that Paris has become so popular for.

Rio De Janeiro – Rio is at times referred as the carnival capital of the world. Located in South East Brazil, the city is a bustling metropolis that offers breathtaking landscapes. However, one of the biggest attractions in the city is the Copacabana beach which is one of the most exotic coastal beaches in the world. The statute of Christ the redeemer and the amazing Corcovado Mountain are also places worth visiting in the city. Rio is known for its fun filled night life and the friendly nature of locals.

Seville – the city of Seville in the autonomous Spanish region of Andalusia is one of the most beautiful and well kept cities in the world. The city presents an exotic charm that is often characterized by artistic and historical architecture, the flower filled streets and a totally romantic ambience. Seville also has a number of cultural attractions and is one of the most popular travel destinations in Spain.

Las Vegas – often referred as the sin capital of the world, Las Vegas offers a breathtaking party atmosphere and its night life is absolutely crazy. The city is located at the heart of Nevada and is popular for its high profile casinos and an extraordinary night life. Vegas is a city that doesn’t sleep and is one of the most popular getaways in North America.

The world today is blessed and endowed with a variety of great cities that each offers a unique kind of charm. Travelling across the world is great and These Are the 5 Cities You Have to Visit Before You Die.