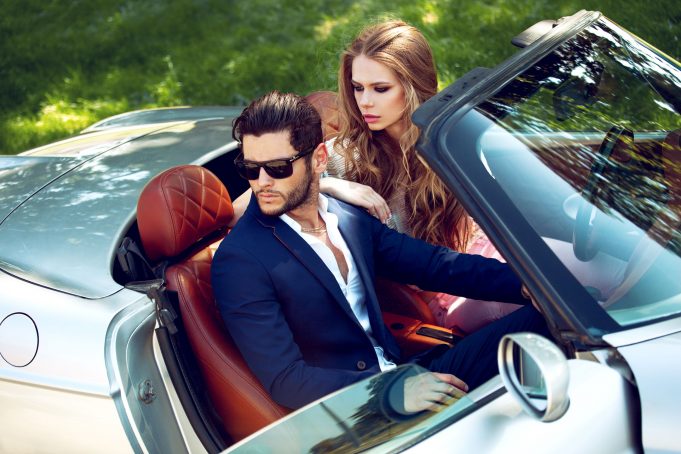 The Geneva International Motor Show will open its doors on March 5th, and this year’s edition is particularly interesting since many luxury car makers are set to appear and present new models. The Geneva show is known as one of the motor shows which draws the most chic and high-end car makers and cars. The show will be this year’s first big motor show and many expect it to start the year with a bang. We’ve put together a list of the top 5 luxury cars to look forward to, to whet your appetite a little. Here they are!

The long awaited AR’s Open Top 4 C Spider, which is set to reach dealerships this summer, is a superbly modern open-top 2 seat sport car. The 4 C Spider is said to be a revolutionary open-top machine as it is lighter and faster than its counterparts. The power house comes with every amenities: Alpine sound system, blue tooth, Sirius radio, all-leather interior, and everything else you’d expect from Alfa.

The new Zenvo hypercar will make its debut at the Geneva show and is much expected. The beautiful sports car has a 233 mph top speed and a $1.8 million price tag. Only a couple will be made so the Geneva show may be the fans’ unique chance to see it in the flesh. Proud owner of the previous versions of the car are TV host Jay Leno and comedian Jerry Seinfeild. The car is entirely made by hand in Danemark.

The new 488 GTB is said to be replacing the 458 Italia in Ferrari’s line up and those who had the chance to test it say it is even better and smoother than the Italia. It comes with a turbocharged V8 engine which produces an amazing 661bhp, even more than the lightning-fast Italia. Those who are sad to see the 458 Italia go should check out the new 488 GTB!

Although Lotus’s cars are not known for being fast, the brand new Evora 400 has a 3.5-liter supercharged V6 which produces 400 hp – not bad! The new Evora will be allowed to be on American roads, which is good news for Lotus and Lotus fans in the US. Remember that Lotus had to stop selling its Elise and Exige models, and eventually the Evora model, due to the American road safety regulation demanding airbags in all cars on American roads. The new Evora will be an elegant mix of Lotus amazing design and road performances.

The Vulcan hypercar is expected to be the star of the show and is Aston Martin’s most daring and extreme offering ever. The amazing piece of art actually blows out fire from its side exhausts. It is a thing a beauty. The car will make its world debut at the Geneva show hence why it is such a draw for the show. The machine has more a 7.0 Litre V12 engine and a 800-plus horse-power which was developed by Aston Martin’s racing RnD department.

This is it for our top 5 of the best luxury cars which will be shown at the Geneva Motor Show. For the lucky ones out there who are going to the show, we hope you have a good time and don’t forget to check out the cars from our list!