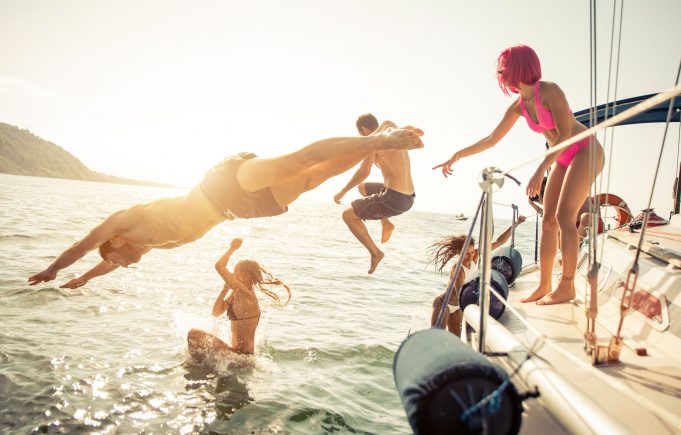 Most billionaires in the world drool over acquiring luxurious yachts, and they can go to any length to make sure they get the very best of them. Some of these yachts are more equipped than most five hotels, because they possess high tech gadgets and ultra modern facilities only a few can boast of. The average billionaire, according to the UBS billionaire Census Board and Wealth X, spends about $22million on yachts. The ranking of the most expensive luxury items acquisitions, released by Wealth X, showed that assets occupying the first five positions were yachts, and this shows how valuable these assets are to the rich.

The most Luxurious yachts ever built include:

The Azzam is the world’s largest and most expensive private yachts ever built. It’s owned by the president of the United Arab Emirates, Shiekh Khalifa Bin Zayed al-Nahyan, and it was delivered in 2013. This amazing yacht is 590 feet long, which makes it longer than some commercial cruise ships. Built by Lurssen Yachts, Azzam’s interior was designed by Christophe Leoni , and Lurssen provided the technical engineering guidance with the support of Nauta Yacht. The Azzam’s technology and design enables it to travel at high speeds in shallow and warm waters while providing sophisticated and luxurious accommodation. This yacht is powered by two diesel engines and two gas turbines with a total output of 70MW.

The Eclipse yacht is one of the most expensive private yachts in the world. It’s actually the world’s second largest yachts, only surpassed by Azzam, and it is 164.5 meters long (536ft). This yacht, owned by a Russian Oligarch, Roman Ambramovich, was delievered in 2010. This private yacht was constructed Blohm and Voss of Hamburg. Terence Disdale designed both the interiors and exteriors of this yatch while Francis was her naval architect. Some of the amazing features on the Eclipse include: Two swimming pools, 24 guest cabins, several hot tubs, a disco hall and two helicopter pads. It also comes equipped with a mini submarine (capable of reaching depths up to 50meters) and three launch boats. This yacht requires a crew of 70 to operate, and it can accommodate a lot of guest on board.

The Serene super yacht is one of the largest private yachts in the world. Built by Fincantieri, Serene is 134 meters long and was delivered at Muggiano ship yard, Laspezia, Italy. This yacht was built to international standards, and it has two helicopter landing pad, two hangars and 7 decks. This yacht also features a submarine, which is capable of going depths up to 100meters, and a sea water swimming pool which can accommodate service craft. Pascale Reymon, from Langton Design, designed 2700meters of interior space with super luxurious materials. All these amazing features combine perfectly to make this yacht one of the best and most expensive in the world.

Designed by Martin Francis and Philippe Starck, the A is one of the most expensive luxurious yachts in the world. It was commissioned in 2004 and delivered in 2008. The A has a length of 199meters (390 feet), and its sheer size displaces almost 6000 tons of water. The A yacht was previously own by Aleksandra Mlenichenko and Andrey, and its design was simply exceptional. It has an ultra modern and sophisticated design, which made it look like a stealth ship and submarine combined. The A yacht was loved and hated by many because of its provocative design. This yacht requires 37 crews to operate and it can also accommodate up to 14 guests in its specially designed suite. This yacht features three swimming pools, six suites, and a helipad. The interiors were lavishly designed. Crocodile skin was used to design the furniture, and the Sting ray hide was used for the wall.

This is one of the worlds most expensive and sophisticated super yachts, and it’s currently owned by the vice president of United Arab Emirate, Mohammed Bin Rashid Al Maktoum. This yacht is the third largest in the world, After Azzam and Eclipse, and it is 162 meters long (524 feet). The Dubai was designed by Andrew Winch while its interior was designed by Platinum yacht, and this vessel can host 115 guess including its crew. Its features include: a submarine, a helicopter pad and a quash room.

In conclusion, these are the most luxurious yachts ever built. Their interiors designs feature materials that are of the highest quality and standard. The facilities installed in these yachts are second to none, and for this reason, only the rich and famous can afford to acquire these vessels.