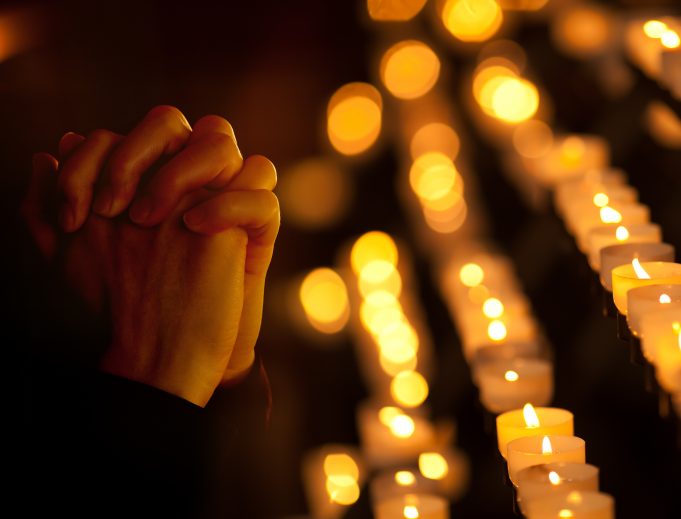 Each of the major religions of the world have a city that has a special meaning for their religion. It may be where a religious leader lives, the place of birth of their God or where an important temple or shrine is located. Many of these holy cities are important for more than one religion, which shows that people have more things in common with them than the differences.

Let’s see some of these religious cities around the world.

Jerusalem is considered a city sacred by the three great monotheistic religions: Judaism, Christianity and Islam. In Judaism, Jerusalem is the place where King David established his capital of the Kingdom of Israel and the place of settlement of the Ark of the Covenant, and his son Solomon built the temple, where people started offering their prayers. Jerusalem is also the place where Jesus preached and was crucified. Islam draws its religions teachings from this sacred city, where the first Muslims began praying, before going on to do so in Mecca

Mecca is the principal city of the region of Saudi Arabia today, and an important one in the Arabian peninsula. For Muslims, the pilgrimage to Mecca is considered as a part of one of the fundamentals of their faith, the so-called pillars of Islam. Each year, about three million pilgrims head to the Holy City to perform the major pilgrimage or Hajj during the Muslim month of Dhu al-Hijjah. Many more perform the smaller pilgrimage or Umrah, which can be done throughout the year. Very few non-Muslims have seen the rites and rituals of the Hajj. Entry is totally prohibited for the non-believers of Islam in Makkah and Medina.

Najaf is famous for being the place where the tomb of Imam Ali is located, whom the Shia Muslims consider their founder and first Imam. Najaf is a center of pilgrimage for the whole Islamic world. Only Mecca and Medina receive more Muslim pilgrim visits than Najaf in Iraq.

The city is the traditional seat of the lamas and the place where the palaces of the Potala and Norbulingka and the Jokhang Temple are located. The city of Lhasa is included in the world heritage and is considered by Tibetan Buddhism as the holiest Centre in Tibet.

The city of Damascus is the capital city of Syria. Damascus is considered to be the oldest continuously inhabited city in the world. Among its tourist attractions is the tomb of Saladin, the famous defender of the Holy land during the Crusades. The city is currently home to three of the five eastern Patriarchates claiming the historical succession of the headquarters of the former Syrian capital, Antioch: the Greco-Ortodoxo Patriarchate (Church of Antioch), the Melkite Patriarchate matter, and the Jacobite Syrian Orthodox Patriarchate

Kandy is a famous city in Sri Lanka. It is located 115 km from Colombo). The city stands out for its beauty and for being the heart of Buddhism. It was declared as world heritage by Unesco in 1988. In between the streets and bazaars of the city, always animated as the Municipal market, the Dalada Maligawa is the center of Arts and crafts an architectural ensemble showing pink color flags on the red roofs of the Temple of Buddha, main religious center of Buddhists. In the month of July, Kandy is full of life during the festival being held there, with thousands of pilgrims, magnificently decorated elephants, dancers, acrobats and thousands of lights. Beside the Dalada Maligawa, are the National Museum and the archaeological museum. In addition to the Temple of Buddha, other religious structures include the Kataragama Temple, the Temple of Vishnu, or Pattini, or Natha Devala, the Asigiriya monastery with an interesting library and the monastery of Malwata.

Esquipulas is a town located in Chiquimula, in the eastern region of Guatemala. This city is recognized as the main point of Central Catholic pilgrimage, since it is the place where the black Christ of Esquipulas is venerated. People believe that his color darkened by the exposure to the smoke from the candles of the pilgrims, who visited it for many years.