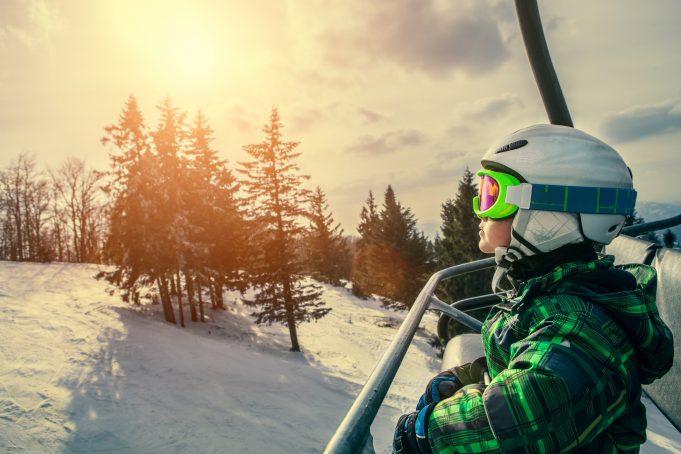 Sir Henry Lunn the great English missionary had a failed mission to India but the Alpine Sports Club which he started attracted the British upper class resulting to the modern sport of alpine skiing. The thrill of skiing in snow-covered mountains has now become a popular sport and the preferred destination for most hordes of inspired daredevils is Switzerland. Today Switzerland ski resorts snuggled high in the jagged contours of the Alps rank among the finest in the world. From rugged descents for experienced thrill seekers to tame slopes for beginners, these resorts offer a selection of runs for all skiers. Swiss skiing is as varied as the slopes and here are The 5 Most Incredible Ski Resorts in Switzerland.

Nothing betas the thrill of skiing in 12 different resorts at the same time. This is what Les Portes du Soleil resort offers. It is not a single ski resort but rather a large ski area in the northern Alps straddling the border between Switzerland and France. This allows you to start your day in France and later have a plate of rosti, a hardy potato dish for lunch on the Swiss side. Although short, Pas de Chavanette also known as the Swiss Wall is one of the toughest ski runs. It connects the town of Les Crosets in Switzerland and Avoriaz in France and the truly fearless skier should ski its jaw-dropping 50 percent inclines.

Dominated by the popular Matterhorn, Zermatt is one of the world’s best skiing resort with its 3 large ski areas. If you are a serious skier, you must sample the Glacier Paradise which at an altitude of 3,800 meters is one of the world’s highest ski resorts with access to snowboarding trails. In this resort, you can ski the nearly 20-kilometer descent to Italy and sample dozens of slope side restaurants around Zermatt including Chez Vrony which is one of the best known eatery famed for its cep risotto.

For more than a century Europe’s upper class has converged on the picture perfect Alpine village of St. Moritz during winter to ski in Switzerland’s Upper Engadine Valley. The main ski area Corviglia with its 37 pistes is accessible via a funicular railway which starts in the center of town. For the best cross-country skiing, St. Moritz ski resort is also one of the world’s finest with kilometers of trails traversing Alpine valleys and frozen lakes. Later, you can have a drink at the King’s Club or visit the legendary nightspot inside the equally popular Badrutt’s Palace Hotel.

St Moritz is all about glitz but Vals a small ski resort in a remote valley in Grisons canton is defined by its peaceful exclusivity. A unique thermal spa designed by the architect Peter Zumthor is the most impressive feature in the resort. The ski area in this well-preserved village peaks to nearly 3,000 meters and is accessible by five lifts. The resort also has warm spring waters which can soothe aching muscles after a long day of skiing.

This small resort at the foot of the Schilthorn Mountains became popular all over the world as one of the scenes for James Bond’s movies but people have been skiing here long before. Mürren is one of the Swiss towns that welcomed some of Sir Henry Lunn’s English holiday skiers. The ski resort has limited choice of trail but has the most charming traffic-free environment and stunning alpine scenery.