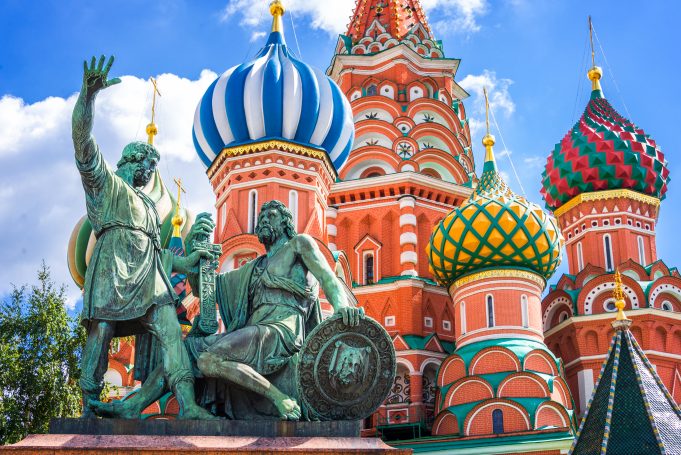 Russia is a country which over the course of the latter half of the 20th century underwent economic and political transformation and has slowly opened its borders to travellers and tourists from all over the world. We take a look at the 5 most epic monuments to see in Russia. Most of these monuments are deeply connected to the turbulent changes that shaped one of the most powerful nations in the modern world.

This museum is housed in the old Winter Palace of the Russian Tsars. It was built in its initial avatar in 1754. The last royal occupant of this palace was Nicholas II in 1917, after whose abdication tsarist rule in Russia came to an end. The Hermitage Museum houses one of the best art collections in the world. The museum campus also has a porcelain factory and a theatre. Another nearby attraction is the Menshikov Palace.

The Kremlin was built in the 12th century and is basically a walled fortress in the heart of the capital city of Moscow. The Kremlin has within its walls Cathedrals which are fine examples of 15th century religious architecture. Other buildings in this complex are the Grand Kremlin palace, The Senate building and the Armory. The Kremlin features heavily in a lot of spy thrillers, more recently seen in Mission Impossible : Ghost Protocol’ with Tom Cruise wreaking havoc in the structure.

The Red Square is smack dab in the center of Moscow city and has ties to the socio-political movements heralded by Lenin. The Lenin Mausoleum is located in the Red Square and it displays Lenin’s body. It pays tribute to his role in the political revolution that lead to the creation of the Soviet Union. One can see rich contrast in the architecture of this area with soviet era influences on one side and religious architecture such as St. Basils Cathedral on the other.

The Cathedral was built in 1045 and is the oldest stone building in Russia. It is located in Novgorod, a city which has been an integral part of Russian history since medieval times. The countries rich religious history is reflected in the building’s murals, icons and Byzantine art. The Cathedral is tucked away behind a wall, which was erected before the region became part of Russia.

Saint Isaac’s Cathedral is the largest orthodox Russian cathedral in Petersburg. Its Patron saint is Isaac of Dalmatia and the cathedral itself was constructed on the orders of Tsar Alexander I in the year 1818 to replace an existing structure. It was used as a museum during the period of communist rule in Russia and was restored to its religious status after the communist tide vanished. Other famous cathedrals in this region are Cathedral of the resurrection of Christ and Kazan Cathedral.

Russia is country steeped in rich history and culture and this is reflected in its architecture. The distinct Russian style with religious and soviet era influence is a pleasure to behold for tourists visiting the largest country in the world.