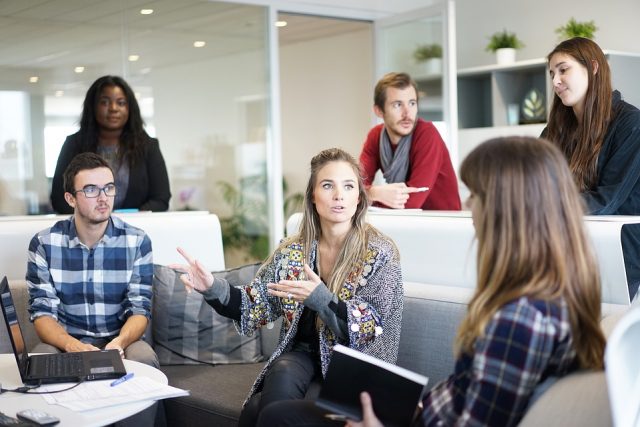 Retail positions, whether corporate or franchise, have always been fairly attainable positions to get, depending on where you choose to apply. Target has previously been no
exception, hiring over 70,000 new employees for just seasonal positions alone! However, many business are being prominently affected by federal budget cuts, and the Target corporation has been one of those businesses that has been directly impacted.

Unfortunately due to the negative economic impact that this has had on the corporation,
Target has been forced to create a new cost-effective plan in order to heighten sales and save on funds.

According to ABC News, Target has stated that they will cut job positions by the thousands over the next 2 year span. The corporation is doing so in hopes that it will save necessary funds for future success in their business operations. This new plan has already started to impact new employees, and various outlets are foreseeing that it may also have a negative impact on long-time Target workers as well.

Target had hired a handful of people towards the end of the summer in 2014, only to inform them a short time later that the positions no longer needed filling. KMSP-TV
reports that this is actually a frequent occurrence in various industries, but Target gained national attention for the immediate letting go of their new employees. Of course those who were a part of that group were outraged, many of them having relocated and leaving prior positions in order to work for Target. Unfortunately, newly hired personnel are not the only ones who are predicted to be impacted by the cutbacks. Many are anticipating that there will be a number of layoffs taking place in the near future as well.

Their new plan to cut costs in order to build a more productive and cost-effective operation is said to consists of over 2 billion USD in budget cuts. They also report,
however, that said plan will result in an increase of sales in both their online store, and in their local retail locations nationwide.

Although many have already been negatively impacted by Target’s new budget plan, and many are predicted to be impacted in the future, Target hopes that the positive outcome of their newly found business plan will outweigh any previous damage. Target is hopeful that these changes will increase sales, and be a much more cost-effective system in order to keep the company as strapping and relative as possible.