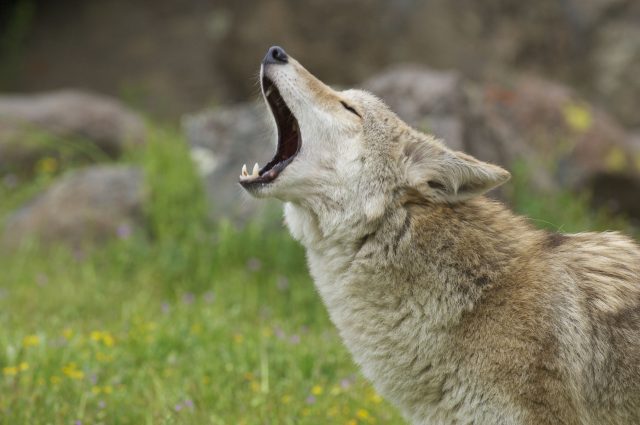 Residents of New York’s Northern suburbs have said that roaming coyotes are becoming more brazen. The strange, yet important debate has lasted a while now regarding what action should be taken against coyotes. Nobody wants to see any wild creature killed for being a nuisance, however the coyotes have been reportedly attacking pets and over 160 incursions into backyards over the last two years have been counted. This leaves a heated debate between two camps with one defending the well being of the coyotes, and the other defending pets such as cats and small dogs. Chappaqua is an area in particular where many coyote encounters have been witnessed. However sightings have occurred very frequently in areas such as the Bronx and even New York’s city central park.

The Pet-Protection camp which has been represented by NCCMTF argues that quicker use of deadly methods or “lethal solutions” are required. Although attacks on humans have yet to be recorded, they fear the mischievous coyotes may attack small children. NCCMTF member Ann Styles Brochstein has publicly stated that any coyote seen circling or acting suspiciously around children has to be put down.

Brochstein’s pet dog Samson was unfortunately attacked by one of the coyotes in her back yard and was left with severe scarring on his back and belly. The topic may seem incredibly farcical, however residents of most New York suburbs have really had to change their lifestyles dramatically. Reports have highlighted that coyotes are attracted to the suburban areas due to the fact they are simply “no longer scared of humans.” The people of Chappaqua have said the coyotes stalk you and it is clear you have to be careful with many every day activities. This includes taking out the garbage, walking dogs, grilling in backyards and walking children to and from school. Most commonly the coyotes have been seen lying on decks and porches staring through the windows or doors at children and pets.

The coyotes have certainly become more of a nuisance recently but need to be taken seriously. There have been sightings of coyotes travelling in packs just like wolves and this can be very intimidating. Nonetheless coyote lovers and animal welfare experts claim people just need to simply keep their pets on a leash and put a larger fence up around their home. By doing this the coyotes will struggle to enter your property and attack children.

So what do you think? Should coyotes be allowed to freely roam the streets of New York or should they be put down and put in the same category as wolves? Either way you should keep your pets on a leash and children near you at all times. Something will likely be done about the issue in the near future, but until then the residents of New York’s suburban towns will have to persevere.