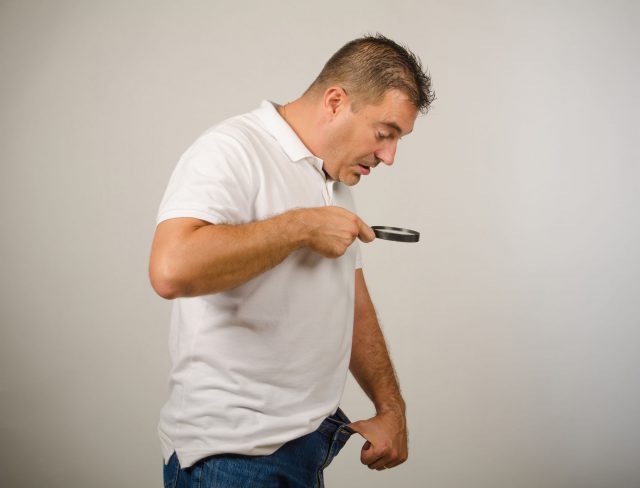 It is fair to say that men around the world have always debated penis size, well at least in the modern world. You see, there is a lot of ego attached to this particular body part and it is a sense of pride if a guy can state that he is above average. However, the question as to what exactly is meant by average has been something that researchers and scientists have thought about for some time, but now a new study has thrown up a few rather interesting facts.

The study appeared in the internationally acclaimed BJU International Journal and perhaps one of the most interesting aspects is that one of the researchers believes that the findings will help therapists when it comes to counseling men about their penis. Yep, it appears that penis size is a source of real anguish for some men leading to them needing therapy to get over it. Indeed, a number of men suffer from something called small penis anxiety and a form of body dysmorphic disorder even when they actually fall within normal size ranges.

How This Study Was Different.

This study was different in a number of key ways, but surprisingly it begins by stating that previous studies have been rather flawed to say the least. In actual fact, researchers state that there have never been a previous attempt to actually review various penile measurements, and nor has there been an attempt to do it across age rangers and ethnic groups, so previous studies are perhaps not as accurate as they should be.

The outcome of this study is that they looked at over 15,000 men from the age of 17 and upwards. They took 17 different measurements in order to get a more accurate figure of what men should expect as being normal. The result is that the average length of the penis when flaccid is 3.6 inches, or 9.16 cm, a total length of 5.21 inches when it is stretched, or 13.24 cm. However, when the penis is erect, the average size is 5.16 inches, or 13.12 cm.

So why has it left men baffled? Well, there has been no real sliding scale or what is deemed to be average and it does not tackle the anxiety issue because now you will see men that measure 5.1 inches as opposed to 5.16 believing that they are inadequate. It also has not really broken it down to ethnic groups and whether or not that affects it, so in all honesty you could be below or above average without even knowing about it.

However, at least now therapists have something concrete to go on for dealing with those guys that have anxiety issues related to their penis. This is something that will never go away and with every study changing the average even by a fraction of an inch, more and more guys will go away believing that they come up short in the trouser department.