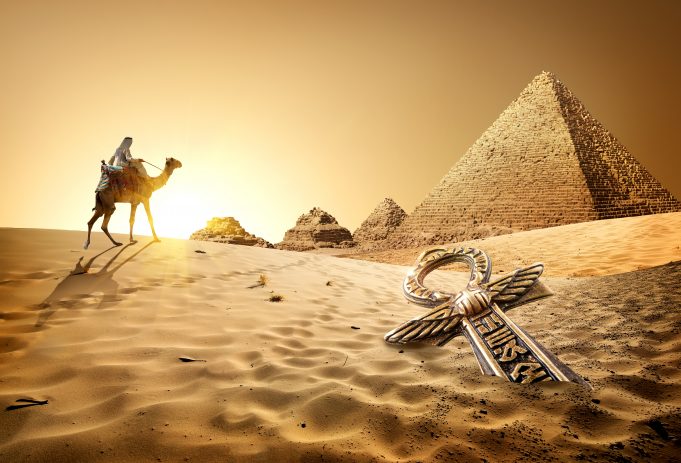 Egypt plays a special role when it comes to tourism. In fact, the country prides itself on being a world-class tourist destination. Every year, thousands of tourists both local as well as foreign visit the country. Some go to the “Land of the Pharaohs” to enjoy the beautiful desert environment, others love its rich culture and history, while some want to see the land where civilization is believed to have started. Many people know Egypt because of its giant pyramids that feature among the seven wonders of the ancient world.

1However, the following are some attractions that would give you receive to visit the region:

2Cruise on the Nile

Many people are most likely familiar with the River Nile. It is not only the longest river in Africa but also ranks amongst the top five in the world. It is also the source of livelihood in Egypt supporting farming, transport, tourist and more. A visitor to the region will find it worthwhile to take a cruise on the Nile. The Egyptian cruise ships and the local Feluccas travel from Aswan to Luxor and vice versa on a regular basis. This offers panoramic views of the surrounding as well as the beautiful city of Cairo. The boat cruise gives a visitor closer view of the rich marine ecosystem.

3Marine Expedition on the Red Sea

The Red Sea is without-a-doubt one of the most beautiful places in Egypt. It remains one of the most visited places in the country especially when it comes to water-related activities. The first scene that catches the eyes of a visitor is the thriving eco-system that supports a diversity of marine life. Visitors to Egypt get a chance to take a plunge into the deep water and enjoy all manner of water life. The magnificent Red Sea coral reefs and seascapes are also a reason to stop by the Red Sea while in Egypt. After a long day out enjoying what Egypt has to offer, a visitor can relax by the seaside in one of the many resorts.

A trip to Egypt is never complete without a visit to the Mosque of Ibn Tulun. The mosque is regarded as one of the oldest in not only Egypt but in the surrounding region as well. It is located in the capital city of Cairo and was built between 876 and 879. Despite it having been in existence for several centuries, the religious building has maintained its pristine condition. One of the main attractions to the mosque is its remarkable architecture which brings out an archaic appeal. The building features a courtyard, a covered hall, and a helical outer staircase. Sections of the award-winning James Bond movie, “The Spy Who Loved Me were shot at the Mosque of Ibn Tulun.

The above three attractions would definitely inspire any person to set foot in the desert country. Other than making a visitor to the region appreciate natural beauty and scenic landscape, he/she will also be able to take part in some fun activities. Desert safaris, camel derbies, water sports, snorkeling are some of the fun-activities to engage in. Anyone looking for a memorable and thrilling experience will certainly appreciate Egypt. This applies to a person on a short weekend break, long vacation, or summer break.