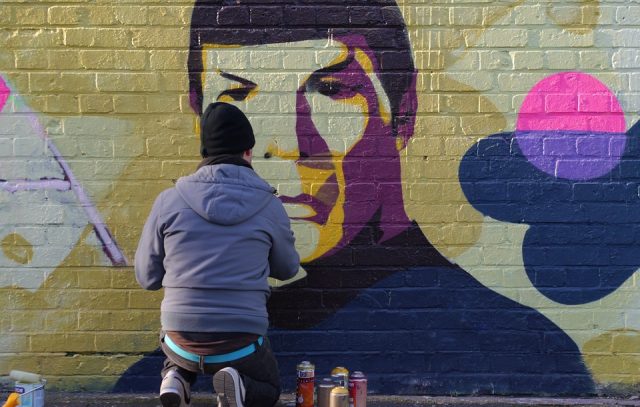 Bostonian actor Leonard Simon Nimoy,won the hearts of Star Trek fans early on with his beloved role of Mr. Spock. Nimoy played the role of the Vulcan and human hybrid in
the original series, as well as many other spin-offs surrounding the Star Trek franchise. The original Spock appeared in various films, as well as Star Trek: The Next Generation, and even as a voice-over in the animated series. Leonard Nimoy is recognized as the first and original, Mr. Spock.

When word got out on February 27th that the cherished actor had passed on at 83 from COPD (chronic obstructive pulmonary disease), fans across the globe immediately expressed their warranted sorrow. Many Star Trek followers paid their whole-heated respects by posting images of themselves sporting the well-known Vulcan hand-signal, “Live long and prosper.” Others took to their Twitter accounts posting heartfelt and sincere Tweets on how much Nimoy was valued, and how deeply he would be missed.

Many avid fans were also spotted visiting the actor’s star on Hollywood Boulevard’s Walk of Fame in order to honor Nimoy. His star can be seen by passersby with flowers and other items of remembrance that fans placed there to show their respects. Leonard
Nimoy’s star was surrounded by both fans and cameramen during the day of his death, illustrating how many people were eager to show their support.

Not only was the general public devastated by Nimoy’s passing, but even Barack Obama, the President of the United States, showed his condolences along with many other well-known celebrities. Many of Nimoy’s costars and other highly-recognized individuals celebrated the life and remembrance of the man behind Mr Spock. They did so along everyday fans, by posting photos of the actor on their social media accounts, primarily Twitter.

Leonard Nimoy played one of the most highly regarded roles in the history of television, and fans across the globe are making sure that they show their gratitude and appreciation to the late actor. Nimoy was welcomed into almost all of our households in the early 1960s, and beyond. Even with the passing of Leonard Nimoy, Star Trek fans will never forget the legacy of Mr Spock, and his notable presence in the entertainment industry.
Regardless of how many alternative faces fill the role of the first Vulcan officer, the original Mr. Spock will never be forgotten. No matter what advancements develop in the Star Trek franchise, Leonard Nimoy’s memory will never fade out of our hearts.