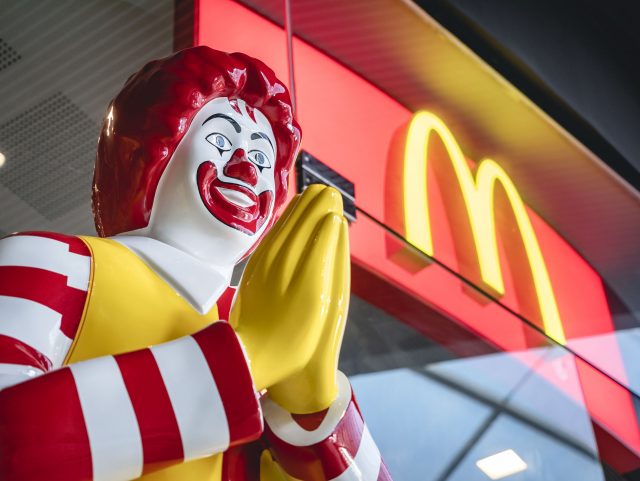 Is McDonalds loosing its popularity? This question would hardly have been worth asking a few years ago as it was always felt that a company such as this was invincible, but the latest figures appear to show that this is no longer the case. Instead, these figures indicate that McDonalds may very well be on the slide and is no longer as popular as it once was.

What The Figures Show.

We have noted how it is their very own figures that show McDonalds is no longer as popular as it once was, but what do they actually show? For this, we are only talking about the United States and what they show is that sales dropped 4%, which is a lot more than anticipated. This is much worse than what Wall Street predicted as they were looking at a 0.7% decrease in this market, so this drop is pretty shocking. However, this figure is not even the worse figure for them as that accolade goes to their profits in 2014 which dropped by a staggering 20% and these drops are around the globe although it is with the US where the greatest pinch is being felt.

Why Is This Happening?

So what is going on with McDonalds? Why are they losing out on business? There are actually two key reasons here and the first one is thanks to the rise of a number of new competitors. This new competition is mainly in the form of companies that are trying to change the perception that people have of fast food. They are attempting to make it a better experience and have vastly improved food to give more of a gourmet experience. Shake Shack is one such company and it is clear that McDonalds are indeed losing some customers to these new companies.

The other reason is because of a food scare involving their supplier of chicken. It was discovered that these chickens had been given some antibiotics that could then still be present in some form as they enter our food chain. This forced them into stating that they would no longer use these products, but a great deal of trust had already been lost as a direct result.

So, McDonalds have indeed started to show signs of losing popularity and it must be worrying times for the company as investors look on nervously at the next set of company figures. Will they be able to halt the slide or will it just get from bad to worse? We will certainly find out the answer over the next year.