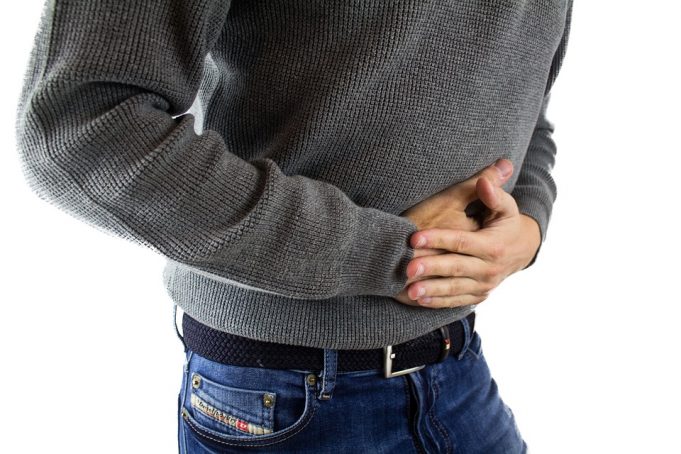 Abdominal bloating occurs when a person’s abdomen feels tight and overly full. In such scenarios, the affected person may have swollen abdomen and the clothes may seem tighter than usual. There are numerous causes of bloating some of these include lactose intolerance, constipation, overeating, indigestion among others. However, in other instances bloating may be caused by a serious issue such as dumping syndrome and tumors where food moves through the small intestines faster than the normal rate.

Constipation and bloating are some of the uncomfortable stomach conditions that many people experience in their lifetime, there are simple tricks of how to stop bloating, these include

In the modern world most items are labeled sugar free, however this does not mean belly friendly. Most of the sugar free gums, candies, and beverages contain sweeteners such as xylitol, sorbitol, and mannitol; these sweeteners are hard to digest and often trigger production of hydrogen gas a major cause of bloating. According to gastroenterologist, people prone to bloating should avoid these components. Since the bacteria in the stomach feed on the sugars, they multiply at a faster rate and the environment in the stomach is affected, lowered Ph causes damage to the intestinal wall and the effectiveness of the intestines is interfered.

Bread is a key factor in encouraging bloating; it has a high sugar content and yeast, which contributes to fermentation and release of gas during digestion. Yeast is a form of fungus and when ingested it causes stress to the system and release of gas, which causes bloating. It is recommended that people should take gluten free or sourdough, which is rich in nuts and seeds. These types of breads will help digestion and eradicate bloating, most of the bread in the market contains additives, which are utilized when fortifying or bleaching. The additives may cause allergic reactions to the stomach and encourage bloating.

Consumption of high volumes of alcohol is detrimental to the health of the gut. For example, beer has a high percentage of yeast and the yeast, which is vital in fermentation and converts the sugars into alcohol. Moreover, beer has barley a component, which some people are allergic to, barley, is rich in enzymes that converts starch into sugars and this can cause stress to the gut system. On the other hand, spirits and other forms of alcohol are known to cause intestinal thinning and irritation. This is popular in people who do not consume the correct amount of fats for a healthy gut function, however reducing intake of alcohol will greatly help to stop bloating.

Fizzy drinks contain a high percentage of sugar as well as some kind of carbonation; the carbonation is used to create carbon dioxide. Once ingested the carbon dioxide forms pockets of gas on the intestinal tract causing wind production, belching and aggravates bloating. Moreover, the fizzy drinks contain phosphoric acid, which produces a burning sensation when the drink is taken quickly; this often causes corrosion of the intestinal tract and alters the functioning. The drinks often reduce the ph levels creating a perfect environment for fungi and bacteria to thrive, the fungi and bacteria contribute to bloating,reducing the intake will help to stop bloating.

5Minimize the use of antibiotics

It is widely known that antibiotics are some form of fungi, healthy bacteria in the system can withstand one or two antibiotic treatment episodes. However, a prolonged use of the antibiotics will break down the immune system and can result into antibiotic resistance and growth of harmful bacteria on the gut. The intestinal function is hampered and efficiency reduced thereby contributing to bloating and constipation.