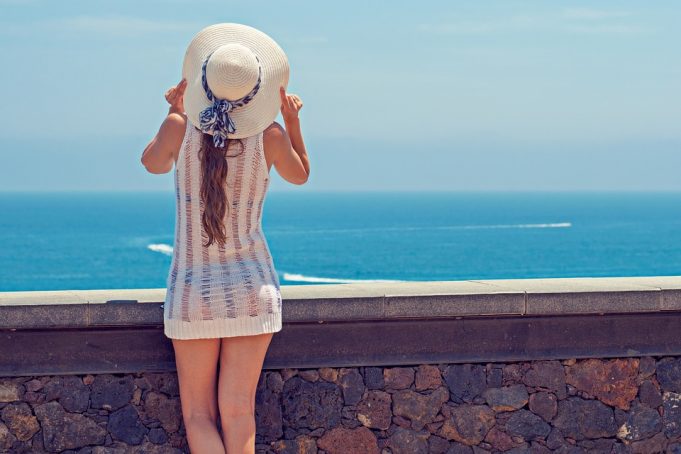 During summer, we could feel the temperature rising dramatically and for those of you who love going to the beach and playing outdoors, it’s important to protect yourself from summer heat.  To start, it’s important to choose the appropriate sunscreen that could protect your skin from the damaging UV rays of the sun, but that’s not all.

We’ve listed some of the best tips that would help you protect your skin not only against the damaging effects of the sun, but to minimize the risks of skin cancer as well.

1Stay Away from UVB and UVA rays

As much as possible, avoid going under the sun between 10 in the morning and 4 in the afternoon, because during these hours the sun’s rays are very powerful. Also, if you’re thinking that just because it’s cloudy, you’re safe from the sun’s damaging effects, you’re wrong. Clouds don’t block UV rays.  Likewise, babies who are under 6 months of age should avoid direct sunlight at all times. They should always be protected with appropriate summer clothes, a stroller canopy, or even just an umbrella. Aside from that, even adults, as well as children should wear protective clothing, such as UV blocking sunglasses, umbrella, and wide-brimmed hats.

2Apply Sunscreen Before Going Out

During summer, it’s important to apply sunblock or sunscreen 30 minutes before going out. Furthermore, according to the Skin Cancer Foundation, in order to enjoy the full protection of sunscreen, it’s important to apply it half an hour before sun exposure. Research shows that those people who use lesser to none sunscreen are more prone to skin cancer and other types of skin disorder.  Additionally, reapplying sunscreen is as important as applying it. If you’re not aware, sunscreen disintegrates once you sweat or once it has been washed out by water. Thus, you should apply it every after 2 hours and immediately after doing outdoor sports or swimming. Having said that, when spending an entire day at the beach, you should bring at least 8 ounces of sunblock with you.

3Use a Broad Spectrum Sunscreen

It’s important to use a sunblock that has SPF 15 or higher when going outdoors. This type of sun protection should be utilized regularly. Also, even though the temperature might fall down during the end of summer, keep in mind that the UV rays remain constant all year-round.  Moreover, there have been rumors that the Federal Drug Administration would set new rules that would allow the consumers to figure out if they have the right sun protection they need. This would be made possible by restricting the manufacturers from labeling their sunscreen products with just ‘broad spectrum’ or claims that it’ll protect the skin from cancer. It’ll be mandatory and they should specify the amount of SPF the sunscreen has.

4Don’t Get Burned by the Sun

One of the most obvious signs of sun damage is the sunburn. This happens because the immune system cells travel to the burn site in order to repair it, resulting to redness and inflammation. Likewise, tanning is the skin’s response to this damage and it could affect the skin cell permanently if not taken care of.

As much as possible, always check your skin and consult a dermatologist for a skin cancer test at least once a year. Tanning and burns could be the first signs of skin cancer and it could be chronic if not taken care of.

Lastly, in order to keep your skin moisturized and well-hydrated, it’s important to drink plenty of fluids during the summer season.