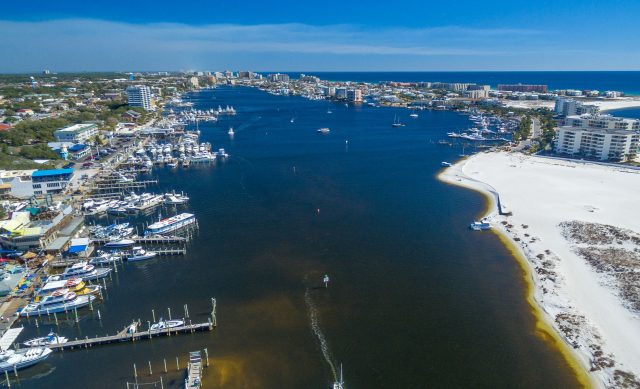 Most people around the world have this vision of Florida as being warm right around the year. However, that is clearly not the case and a good example of this have been morning temperatures in February, 2015.

We are not just talking about it being slightly cold, but instead some areas saw all time record lows whilst others saw their lowest temperatures since 2010. It is fair to say that people living in South Florida were not thinking about going to the beach and just desperate for this winter to end.

So just how bad were the temperatures? Well, you are looking at average temperatures across the South Florida area of the 30s and 40s and that is certainly much colder than people would normally expect to find at this time of the year. Indeed, there were widespread weather warnings to look out for ice and general freezing right down to the Florida Keys and that is not exactly something that happens on a regular basis.
If we look at Fort Lauderdale, then they recorded a temperature of 32 degrees with this smashing the previous record low, which was 40 degrees back in 1960. Miami also saw the temperature drop to 42 degrees and this was the lowest experienced in the city for over 40 years. Even Key West managed to break their own all time record low temperature with the mercury dropping to 49 degrees beating the previous record of 52 degrees.

So What Is The Difference?

These temperatures show a huge difference to what is normally expected. Indeed, with Fort Lauderdale this temperature is a full 30 degrees lower than the normal temperature at this time of year. You also need to remember that the likes of Miami is used to temperatures closer to 70 degrees, so it is understandable that people were suffering from this cold snap and desperate for things to return to normal.

These cold temperatures have been caused by a strong breeze coming from the north and of course the north eastern part of the United States does tend to get some rather cold temperatures throughout the winter. However, it is unusual for these winds to come as far south as this, but it does then explain that it was the wind chill factor that really did cause the problem.

The good news for people in Florida is that this is a rare event and temperatures return to normal pretty much immediately. A cold spell such as this only once every few decades is pretty good considering what other people in various parts of the US have to experience on a yearly basis.