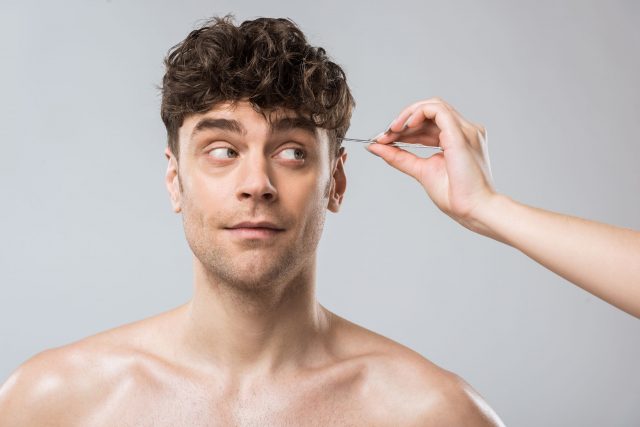 Baldness is a common problem, especially with middle-aged men. While some of the causes of premature baldness have something to do with genetics, lifestyles and chemicals can also cause this problem. Over the years, researchers have been scratching their heads literally and obsessing over the right way to grow back hair lost without having to resort to potentially dangerous cosmetic procedures. Some solutions have
emerged, some quite expensive and others far too hypothetical. One of the solutions explored is the possibility of growing back hair by plucking the strands near the bald patch.

Over the last 5 years, the most pertinent question among victims of baldness (can plucking hair actually reverse balding trends?) has elicited numerous responses. However, researchers have recently made a breakthrough. Several studies conducted on mice generated interesting results. When the researchers at Dundee University uprooted a few strands of hair around balding regions, hair started to grow back on the bald patch. In
one instance, 1200 strands grew in an area where a researcher had plucked out 200 pieces. However, when the plucking took place in areas of the mouse’s body where the patches were too wide, the hair did not grow back. The pattern here seems to hinge on the distance between the site of plucking and the bald part.

It turns out that hair follicles actually communicate with each other. Once you uproot some strands, the follicles in the region appear to send out a collective signal to the rest of the body. This distress signal will then lead to an array of activities that trigger the
release of more protein in the affected areas. As a result, the hair grows back richer and in multiple strands. This works best when you pluck the hair from regions very near the bald patch. Experts believe that this process will prove handy in helping people fight off hair loss in the future.

The obvious trend here is that the rate of growth depends on the proximity of the bald spot to the point of action. Uprooting hair in the areas close to the spot leads to a rich growth. Relatively spread areas will get you a less impressive result. Scientists see
this experiment as a major breakthrough in the search of treatment for the various forms of alopecia. A potential problem here is that most of those going bald already have their hair too dispersed such that the spots with strands are far off from where the patches are. The implication here is that the follicles may not communicate well in this situation.