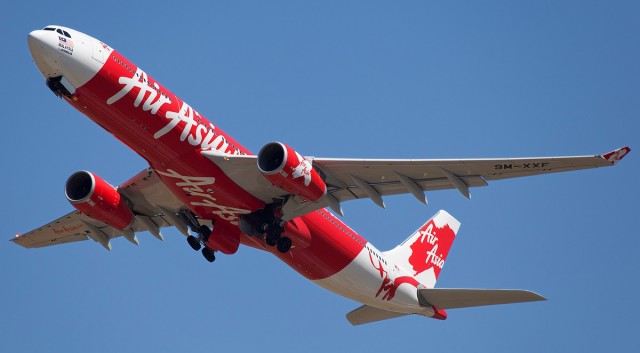 On December 30, 2014, the officials of AirAsia confirmed that bodies and debris had been discovered in the Java Sea from the [formerly] missing Flight QZ8501. The plane had lost contact on December 28th in the morning during its travel to Singapore from Surabaya. The plane had 162 people aboard it at the time it went into the sea. There were two pilots, an engineer, four crew members, and 155 passengers (1 infant, 17 children and 137 adults) that comprised the 162.

There has been a great deal of information that has flooded the internet as well as international news outlets; but there are things that you may not be aware of. The following is a listing of five things that you did not know about the flight that you should know.

1They held hands and the slide was deployed

On December 30th, during an aerial search objects that closely resembled miscellaneous objects, a plane door and the emergency slide. Hours after the discovery, it was confirmed that the discovered items were components of the [then] missing craft. The debris was sighted first by pilot, Lt. Airman Tri Wobowo and he revealed that within the wreckage, the bodied of approximately eight passengers were found holding hands.

2The Plane went down 6 miles from where contact was lost

The plane’s last confirmed contact was from a town in Indonesia by the name of Pangkalan Bun. The debris and preliminary wreckage was discovered in the Karimata Strait; which is approximately 110 nautical miles southwest of the town and six miles from the last confirmed location.

An Indonesian television network, TV ONE, has shown the bodies of those that perished during the flight bobbing about in the sea. As family members, that were encouraged to convene in Subaya, Indonesia, watched the rescue efforts at the Juanda International Airport; many fainted as they say their deceased loved ones pulled from the water. There were mourners that suffered emotional distress so severe that they had to be removed from the area on stretchers.

Since the incident, TV One has expressly apologized for displaying the images.

Due to the growing economies within the countries of Southeast Asia, the demand for travel is increasing exponentially. Airlines within the area are finding it extremely difficult to ensure proper safety standards as well as training along with remaining in stride with the expanding demand.

5The pilot was a former Air Force pilot

Captain Iriyanto served via the Air Force, performing operational tasks between 1983 and 1992. He was a part of the fighter jet squadron that was used in 1999 to fly over East Timor to slaughter approximately 200,000 Timorese (that were predominately Christian).