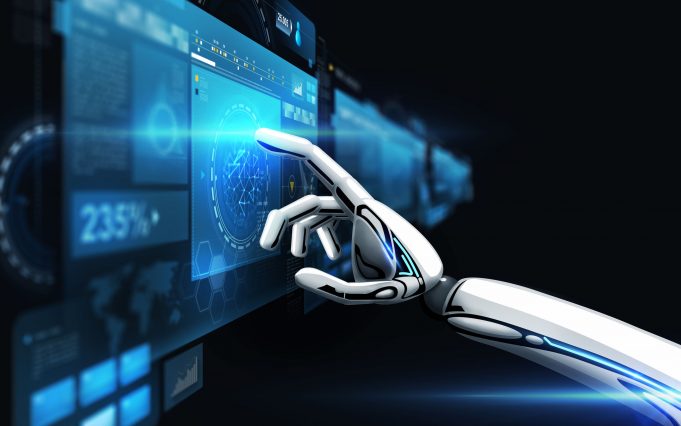 We’ve watched those good old sci-fi movies and TV shows showing off their amazing futuristic technology, and they seem a world away. But some of them actually aren’t as out of this world as we might think. They exist. We may even be using them in our everyday lives, and just don’t give them a second thought. Or we may not know about all the incredible technologies that are out there.

Let’s take a look at 6 amazing sci-fi technologies that have been invented and exist in our world today.

Imagine a small mosquito-sized drone that can listen to every word you say and takes photos too. Well, you don’t need to imagine any longer! Yes indeed, nano drones or insect drones, call them what you like, are a thing in today’s day and age. Believe it or not, but micro aerial vehicles with a 3cm wide wingspan were first launched in 2007. There are different kinds now too, with different names – such as the Hummingbird drone, Dragonfly drone, and Blackhornet nano drone. There’s even Roachbot, created by the University of California, Berkeley. Weird name you might think, but this nano drome is built to mimic the stealth abilities of a roach – hence it’s name. Roachbot is roughly 4 inches long, has the ability to climb walls, and can even stand upside down under a ledge! Talk about creepy!

Cool huh? All those sci-fi movies with automatic driverless cars certainly impressed us. Well, move over I, Robot, there is such a thing in real life. The Google Driverless Car certainly made headlines across the world. It was the first car that could be driven without human control. It’s now said to be able to go over 300,000 miles without a hand on the steering wheel or a foot on the pedal to guide it. Stay tuned, we can’t wait to get our hands on a car that doesn’t need our hands to drive.

If you want to see it to believe it, then check out the tablet in your home. Yes, we very much take that touch screen and the high quality viewing it offers for granted, but back in the 20th century it was a fake device. Consider the 1968 movie “2001 A Space Odyssey”, and prepare to be baffled. You’ll notice one of the men using a square, flat wireless device which had multimedia content during breakfast time – and that was over 40 years ago! Fast forward to now, and we pretty much have the spitting image of it – with the Apple iPad. Whether or not Steve Jobs was a fan of 2001 or not, we can say have come very far – using what was once a futuristic technology as an everyday device.

It’s amazing, and you know it. We saw it in the 1987 movie Robocop. Plus, Google even admits itself that it gets inspired by Star Trek. Now, we have the Google Glass. These pair of spectacles aren’t just any pair of spectacles. Far from it. They provide wearers with a heads up display that gives the, real-time information and internet access. You want to get directions to a shop, read a text message or send an email? No problem.

As you would know, in conversations about cool inventions of the future, holograms often pop up. Well, it’s happening now. The company Asakunet has come up with an interactive hologram that was introduced at the CEATEC show this year. The hologram is projected from an aerial imagine plate, and you can interact with the hologram just as you would with a tangible object. Hologram technologies are also being used for us to see dead celebs like Tupac and Michael Jackson. Creepy indeed.

What seemed once a far-fetched technology that only existed thanks to special effects, is now not so farfetched anymore. Virtual reality is indeed a reality that has been achieved. In particular, Oculus Rift is a soon to be released virtual reality display headset. With a 1080p resolution and a 90 degree field of view horizontally, people can truly immerse themselves in other place. And totally forget where they actually are!