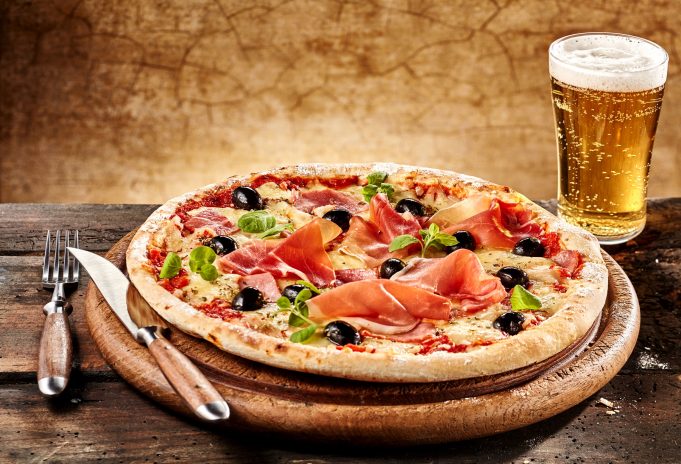 The cuisine of California is a blend of different cultures and countries round the globe, modified and evolved with time to fit the local taste buds of the city. California’s food is a unique combination of ethnic food and modern twists.

Here are 5 tasty foods to try in the city of California that are undoubtedly a must-have.

California pizza is a kind of single-serving pizza combining the thin crust of New York and Italy California cuisine style toppings. It was created by chef Ed LaDou, and Chez Panisse in San Francisco.

The California roll is one of the most popular food of the city. This sushi roll filled with avocado, crab meat, rice, cucumber and seaweed has gained immense popularity around the world over time.

This dinner salad is made from iceberg lettuce with tomatoes, Romaine, bacon, hard-boiled eggs, roasted chicken, Roquefort cheese, avocado and chives. The ingredients are tossed with French dressing, that is a great mixture of lemon, red wine vinegar, oil, mustard and Worcestershire sauce. The salad is often formed into decorative and colourful displays before serving.

Mexican food is quite popular in California and the latter has made some wonderful modifications to it thereby creating a California-Mexican food fusion. One such dish is the California burrito which includes French fries in addition to the conventional burrito ingredients, such as rice, carne asada and beans. It is an amazing contribution that the city of San-Diego has given to this fusion.

Sourdough bread is a unique world famous starter known for its intense sour flavors and dense texture. It became a significant part of the cuisine of San Francisco since the 1849 California Gold Rush. This tasty white bread with a crispy crust is often paired with the popular cioppino and clam chowder soups. The bread is hollowed out to serve the purpose of a bowl to pour the amazing San Francisco soups.