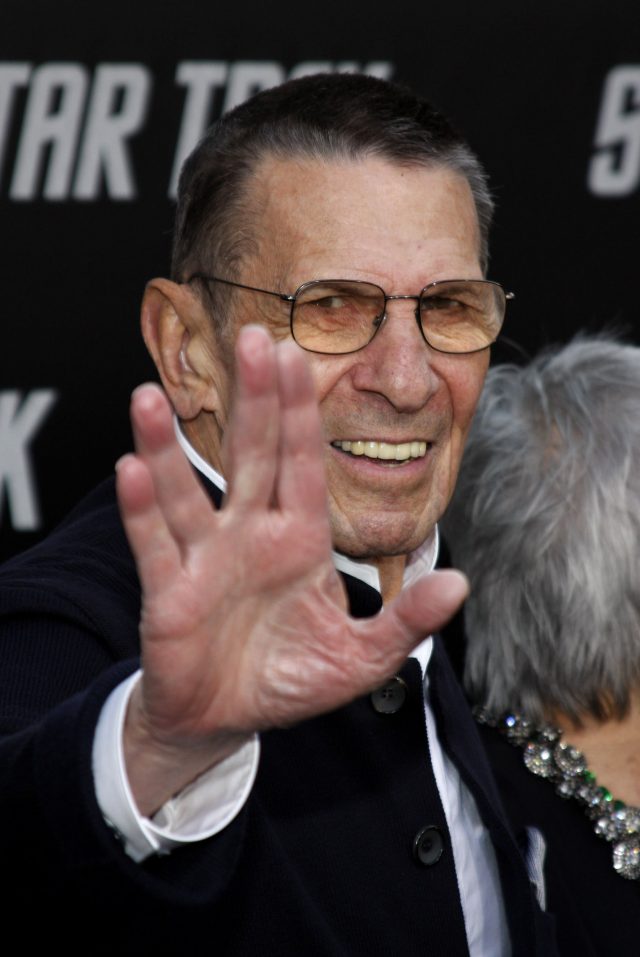 Leonard Nimoy, best known for his role as “Mr. Spock” on the
sci-fi series Star Trek, died on Friday, February 27th, 2015 at the
age of 83, his family confirmed. Here are five hidden facts you that you did
not know about Leonard Nimoy and his role on the hit sci-fi show.

Leonard Nimoy served in the United States Army between 1953 and 1955, and he rose to the rank of sergeant in the Special Services branch. He was stationed at McPherson, Georgia, where he directed and starred in stage productions. While still in the U.S. Army he starred in the Atlanta Theater Guild’s production of A Streetcar Named Desire, he played the lead role of Stanley Kowalski, just before he was discharged from the U.S. Army in November 1955. His experience in the U.S. Army enabled him to fit well into the role of Spock, an officer of Starfleet, in Star Trek.

Although it provoked more gleefulness than pleasure from fans, Leonard Nimoy loved to sing, he recorded 5 albums between 1967 and 1970 on the Dot Records label, including Leonard Nimoy Presents Mr. Spock’s Music From Outer Space, The Way I Feel, The New World of Leonard Nimoy, The Touch of Leonard Nimoy and Two Sides of Leonard Nimoy. Examples of his singing career can be found online, including covers of songs like “Proud Mary,” and a video for “Ballad of Bilbo Baggins.”

In addition to the two autobiographies Leonard Nimoy wrote, I Am Spock and I Am Not Spock, he also wrote poetry. He published several poem collections including Will I Think of You, Warmed by Love, These Words Are for You, A Lifetime of Love, Come Be With Me: Poems on the Passages of Life.

An accomplished and passionate photographer, Nimoy published a book of photography called Shekhina in 2002 that featured provocative photographs of women wearing Jewish religious garb. The book struck some of the Orthodox Jewish leaders as heretical, but Nimoy confidently declared that his work was consistent with the kabbalah teachings. To him spirituality and sexuality aren’t segregated.

In May 1968, after the assassination of Martin Luther King Jr. and the unrest in major U.S. cities, Leonard Nimoy joined with Bill Cosby, Barbra Streis, Jack Lemmon and others to mobilize Hollywood support for “The Poor People’s Campaign.” He launched a food drive for the campaign that held an impressive fundraiser at the Hollywood Bowl towards the end of that year.