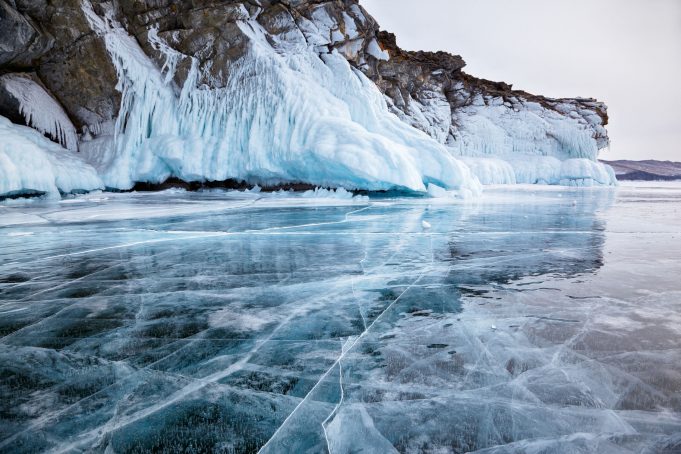 When a large and mysterious hole was discovered in Siberia last year, theories ran wild about the cause. Everything from melting methane hydrate to aliens to collapsing was discussed. So what’s really going on with these crazy craters? Check out these 5 facts about the mysterious holes in Siberia and see for yourself.

In July of last year, some reindeer herders accidentally found the first mysterious hole when they stumbled onto it. The herders came across a crater that was 260 feet wide located on the Yamal Peninsula. New holes have been reported since that time.

2Three Feet Of Dirt And Ejected Rocks Found Around The Holes

There is helicopter video footage that shows the first hole and a mound of dirt loosely arranged around it that apparently was thrown out of the crater. Pressure or an explosion caused a great deal of dirt to be expelled from the chasm. The dirt was piled three feet high around the edges of the Yamal crater along with some rocks. Vegetation around the crater rim did not appear newly grown. This means the hole may not be recent but in fact years old. In addition, the crater’s rim is round and even, which does not support an explosion.

3No One Knows What Caused Them

First thought to be caused by exploding gas, scientists are now tackling the idea of pingos causing these craters. Pingos are plugs of ice that form over time and have small mounds on top. If it melts quickly, it could cause the ground to collapse and form a crater. However, this still doesn’t explain the dirt or rocks found around the rim of the craters. The holes seem to be caused by an explosion as opposed to a collapse. Natural gas stored in permafrost previously held under pressure by pingos may have caused an explosion. However, methane is said to be only found in land permafrost at 740 feet or deeper, a depth that the 50-foot deep craters did not reach.

4There Are 7 Holes and May Be More

Moscow scientist Vasily Bogoyavlensky told the Siberian Times that they have discovered 7 large holes via satellite. Five of these craters are in the Yamal peninsula, one in the Yamal district, and one near the Taimyr Peninsula. Two are now lakes, and there may be more out there or appearing in the near future if the causes are linked to weather, climate change, or natural phenomena. One crater even has up to 20 smaller craters around it.

5There Is An Urgent Investigation Into The Holes Going On

Scientists and governments are very interested and concerned about what is going on with these craters. Vasily Bogoyavlensky has called for an urgent investigation into the affair. Russia also has oil and gas operations going on near the Yamal Peninsula craters that could be disastrously affected. Bogoyavlensky is putting together an expedition team, and earthquake-detecting stations will be installed in the area.