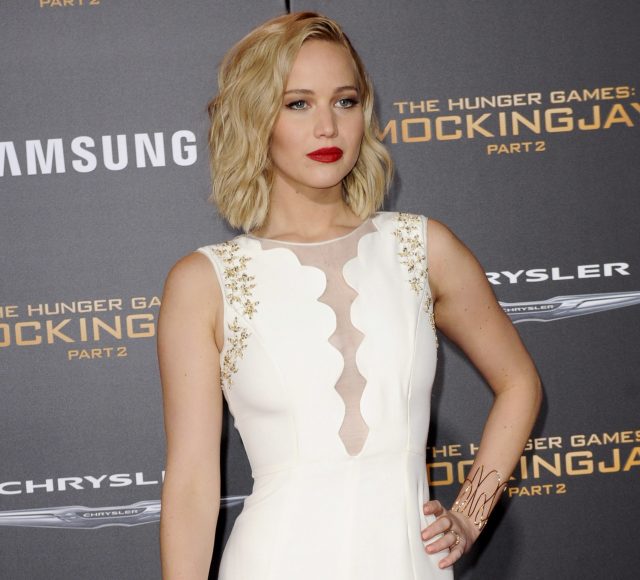 It really did not take that long for the sexy and sassy Jennifer Lawrence to magically catch fire and sweep off the feet of the entire world of acting!

Currently, with an Oscar award under her designer belt, Jennifer Lawrence is back with a loud bang and is reprising her role as “Katniss Everdeen” in the 2nd installment of the movie “The Hunger Games” franchise!

The Hunger Games Catching Fire is actually in theatres now!

This time round Peeta Mallerk and Katniss Everdeen are eyed as potential threats to the capital after their joint victory inspires rebellion in the Panem districts.

Good news for fans in 2015; the Hunger Games is expected to be bigger and better than the previous one

Sure, you have probably seen Jennifer as the heroic champ in “Hunger Games” and apparently rocking a sexy pixie cut, but there is still a lot to learn and know about the confident and outspoken young star.

From her younger years pony to her major TV roles, here are the 20 hilarious facts about hunger games’ Jennifer Lawrence.

1. Before taking a keen interest in acting, Jennifer aspired to become a professional doctor

2. In her 7th grade, she was actually voted as “the most talkative person”. Her peers gave her a nickname “Nitro”. Truly after witnessing her candid interviews, we are not surprised at all!

3. Jennifer grew up in Louisville in Kentucky before relocating to Los Angeles to pursue her acting dreams. As a child growing up, her dad was the proprietor of his own construction company while her mum ran a small summer camp.

4. She was a cheer leader in high school.

5. Jennifer’s big break came after the release of the indie hit known as “winter Bone” which was released in 2010. Besides learning to chop woods and fight, she also became good at skinning squirrels. Yes!! … True! The film clearly depicts her character skinning a squirrel and it is 1005 Jennifer.

6. Jennifer Lawrence played soft ball, basketball and field hockey as a teen and while at pre-school, her teachers would not let her play with other girls. Jennifer was too rough! Instead she chose to ride horses. Jennifer depicts her first love as a dear pony called Muffin that lived in her horse farm belonging to her parents. Apart from being a cheer leader, she is also a straight A graduate. Did you know that she actually graduated two years early before she started her career?

7. Before becoming a household name in Hollywood, Jennifer auditioned for the lead role of Bella Swan” in “Twilight Saga”. However, Kristen Stewart beat her to become the lead actress in the movie. In a statement, she said claimed that she was glad the she wasn’t picked up, she joins Ben Harness, Lucy Hale and Vanessa Hudgens for actors who auditioned for the movie. She also lost to actress Emma Stone for the female lead in the film “Super bad”

8. On the set if the Hunger Games, she was nicknamed “Kat Piss Never Clean”. Well, it really does have a good ring on it, isn’t it?

9. Her favorite movie are, “Harold and Maude, “Midnight in Paris and “The big Lebowski”.

11. Her movie “House at the End of the Street”, wasn’t released on time but instead slated for a straight to video release. However, “winter’s Bone” put her back on track and eventually led her to secure a nomination spot at Oscars. The horror movie made surprising profits of more than $42 million

12. Before getting a role on “The Bill Engvall Show” she played a “Lion Mascot” as a guest starring on the show “Monk”.

13. Although Jennifer has never taken acting classes in her life, she has performed in several local theaters from a tender age.

14. She almost turned down the role of “Katniss Everdeen” after seeing the impact that the role of “Bella Swan’ had on Kristen Stewart private and personal life. She finally accepted the role after 3 days of critical thinking

15. After appearing in an MTV’s commercial “My Super Sweet Sixteen”, she earned herself a SAG membership.

16. She appeared in the music video “The mess I made” which was released in 2009 by indie band parachute.

19. At age 14 Jennifer was discovered by a New York photographer while on a school break with her family. Together with her family, he helped her break into the industry.

20. After breaking up with her boyfriend of two years (Nicholas Hoult), she instead chose to her parents as dates during the Oscars.