Located on the west coast of Italy Mount Vesuvius is the only active volcano on mainland Europe even nowadays. The volcano is best known because of the historic eruption that destroyed the city of Pompeii in year AD 79. Today, Mount Vesuvius is considered to be among the most dangerous volcanoes in the world due to surrounding towns on the slopes nearby as well as the large population of the city of Naples situated in its area of risk.

Here are 10 facts about the Pompeii destruction that will blow you away:

Because its eruptions involve pyroclastic flows and explosive eruptions, the volcano is classed as a complex stratovolcano. Vesuvius, Stromboli, Campi Flegrei and other Italian volcanoes are part of the Campanian volcanic arc that sits on a tectonic boundary between the African plate and the Eurasian plate.

Scientists have detected under Vesuvius a tear in the African plate that allows heat from the Earth’s mantle to building up pressure and melt the rock of the African plate. This phenomenon explains the violent explosive eruptions.

Mount Vesuvius has had in the past an eruption cycle of 20 years. The most well-known eruption through history is that which took place in the year 79 AD and completely destroyed the ancient city of Pompeii, a glorious city from the Roman era. The city was buried under ash and its ruins discovered by modern archeologists allow us to better understand life and society of the ancient Rome.

Pompeii was settled originally by the Oscan people around the 7th century BC. They were descendants of the Neolithic inhabitants of a region of southern Italy, Campania. Pompeii developed as a port city and flourished due to its a prime location for farming and trade. Prime farmland for olive trees and grapes was created by the rich volcanic soil from earlier Vesuvius eruptions.

Mount Vesuvius, located today 9 km east of modern Naples, was at that time just a few kilometers away from the ancient city of Pompeii, but the locals didn’t even know it was a volcano. They couldn’t know about the danger hidden in their close vicinity because at their time Vesuvius had its last major eruption only in 1800 BC when it destroyed several Bronze Age settlements.

The eruption took them by surprise and totally unprepared. Modern scientists appreciate that the eruption probably lasted about 24 hours but the molten rock, ash, and pumice buried the city up to 6 meters deep because they kept coming for two more days. The 79 AD eruption started in the morning of August 24. The ironic aspect is that at that date the people of the ancient city of Pompeii were resting after the festival of the Roman god of fire, Vulcanalia.

It is estimated that the molten lava flooded the city at a speed of 110 kilometers per hour and had reach a temperature of about 700 Celsius degree. In these conditions, there was no escape for the habitants of the ancient city of Pompeii and the place became their burial ground in an inferno of ash and molten rock. The pumice and molten rock were expelled from the volcano at a rate of 1.5 million tons per second. They destroyed not only Pompeii but also the surrounding villages and towns, as they covered a total area of over 500 square kilometers.

The ancient city of Pompeii wasn’t discovered until the year 1748, when purely by chance the workers stumbled upon it while building a Palace for the King Charles III. The modern historians and archeologists were impressed by what they found among the ruins.

Before the disaster to struck the city, Pompeii was a highly developed city, a port, and a popular holiday resort for rich Romans. Even one of the most famous Roman Emperors, Nero, had his second wife Poppaea Sabina a native of the town and they had a holiday home or villa in Pompeii. 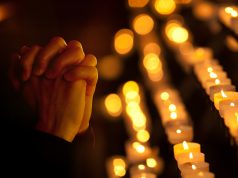 The 7 Most Religious Cities in the World 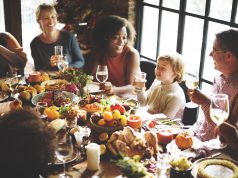 11 Most Ridiculous Complaints People Have Ever Made While in Holiday